The large scale residential project will be a major component of the redevelopment of Walthamstow Town Centre, reflecting both the distinct London identity and local needs. Long Harbour recently acquired the site from Capital & Regional in December 2020 and has appointed Tide Construction to build it. The development will consists of 495nr BTR (Build to Rent) apartments split between two towers of 34 and 27 storeys. Both towers will be built with modular units produced by Vision Modular.

Using modular construction rather than traditional methods has saved circa 16 months on the construction programme. According to independent academic research, the carbon emissions emitted during the construction process could be reduced by up to 45% with this cutting-edge technology. The project is also in line with the partnership’s ESG credentials, which include the use of low-carbon building materials and the measurement of carbon footprints during the construction phase. Work on site will commence imminently and is expected to be completed by the end of 2025.

We are delighted to be acting as Cost Consultants and Employer’s Agents and can’t wait to see the final result. 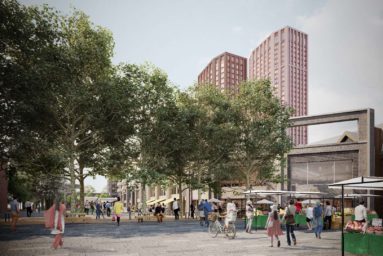 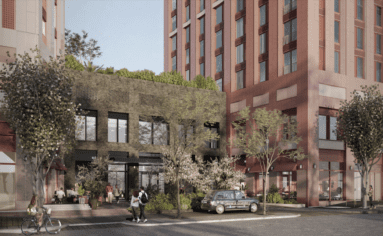